With the edition of stud Adam Williams Jr. (5’10”/PF/2026/Dayton), Coach Tre Jones’ 2026 Bates Fundamental team is looking forward to a breakout season in 2020.  As the Ohio Kings last season, Jones’ team was ranked among the top 5 teams in the state, however, by adding Williams, who will add much needed size and toughness in the post, Jones is excited about the prospects of the upcoming season.

According to Jones, as well as what we’ve seen in the mix tape below, Williams’ strength, athleticism and “Karl Malone” type effort, will greatly enhance his team’s interior scoring.  In addition to his ability to score in the paint, Williams’ size and athleticism allows him to defend multiple positions.  Along with Williams, Jones’ squad will return Jecarious Reaves (5’6”/CG/2026/Dayton), who was a starter and leading scorer last season.  You can catch Williams and his Bates Fundamental team in action at the Buckeye Prep Invitational Tournament the weekend of March 27th-29th in Columbus.

As most of our followers know by now, we do our best to identify and spotlight young talent from around the state and region regardless of age. From what we see in the mix tapes below, Pickerington’s Dallas Stewart (4’7”/PG /2029) has already shown a lot of potential. The son of a high school coach, it’s clear that Stewart has been in the gym working on his game.

From what we can tell, Stewart is offensively gifted, which is aided by his ability to knock down the 3-ball, both off the bounce and in catch and shoot situations. He also handles the ball extremely well, and his court vision, willingness and ability to find open teammates makes everybody on the floor better.  He also works well in transition and finishes drives with both hands.  He’s not just a scorer, as Stewart plays great on ball defense and understands how to play passing lanes. According to his father, Marcus, “Dallas plays hard, is a great teammate and is a gym rat.”

In the winter, Stewart plays with a 3rd grade Pickerington COBBA team where he averages roughly 17-18 points per game.  Last spring and summer, Stewart rolled with All-Ohio Red where he lead the team in scoring at about 14-15 points per game.  On that same team are standouts Tyler Postell (4’3”/CG/2029) and Steve Blackman (4’7”/CF/2029), both of whom can also ball.  When we release our Watch List of the top 3rd graders in the state in a few weeks, you can bet Stewart will be featured! We also look forward to catching Stewart and his team in action at our March 27th-29th Buckeye Prep Invitational Tournament!

Get Me Recruited to Cover Buckeye Prep Invitational Tournament 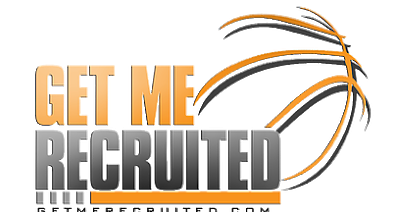 We have confirmed that Lamont Taylor and his Get Me Recruited organization will be retuning to Columbus to cover our Buckeye Prep Invitational Tournament in March. Get Me Recruited is one of the top scouting services in the country, and their presence at our event will afford our participants a significant level of national exposure!  Taylor and his staff have scouted many of our events for several years and have always done a fantastic job providing exposure.  Below is just a sample of the exposure they provided our elite showcase last year. We’re happy to welcome Taylor  and his staff back!