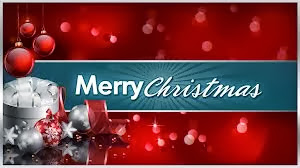 A season after All-Ohio Red claimed the inaugural NYBL championship, then followed that up with a 3rd place finish at the AAU Nationals in  July, DeMarco Bradley’s All-Ohio Red squad is considered as the 3rd best 7th grade team in the nation according to the folks with National Youth Basketball League (NYBL). With a roster full of NYBL Top 100 players, as well as a bench full of quality reserves, All-Ohio could not only repeat as NYBL champions, but could also battle for an AAU crown in June.

However, in order to claim a coveted NYBL National Championship, All-Ohio must first battle with North Carolina’s CP3 (formally Carolina Preps), Texas Express Elite (formally Deron Williams Elite), the revamped Team Rio National, Team Takeover (formally ETU Select), George Hill Rising Stars, SC Hornets  and several other quality contenders. Year two of the NYBL will again feature the best “national” competition in the country in addition to an elite level of exposure! Below is a link to NYBL’s list of the top 10 teams in the country, plus another 15 teams on a “Watch List.” Let the Debate begin!

On Sunday, I had the opportunity to catch several championship games at the 2013 Hoopsters Holiday Classic which held at New Covenant Believers Church in Columbus. Although the numbers were small in terms of the teams (about 18 teams), there was some real good talent at the top of the 4th, 5th and 6th grade divisions.

In the 4th grade division, All-Ohio Red dominated Indy Elite/Gametime by a final score of 60-33.  The game was competitive early, but an undermanned (only 5 players) Indy squad was no match for the depth and talent of All-Ohio. Indy simply ran out of steam as All-Ohio stepped on the gas to cruise to an easy victory. With a game-high 15 points, Sean Jones was the top- guy for All-Ohio. Right behind him was Isaiah Wilkins who went for 12 points and Collin Tolbert who contributed 8 points. All-Ohio is loaded with talent and future stars. They don’t have a lot of size in the post, but their guard play is elite, which is crucial at this age. The best kid on the court in that game was Jones a dynamic little guard who I’ve seen him before, but his performance on Sunday was nothing short of impressive. This kid’s skill set is advanced, as his poise and basketball IQ. Moreover, he’s quick, pushes the rock in transition, makes great decisions with the rock and is an able and willing passer. He’s very young, but with continued growth and development, and a healthy attitude, Jones’ potential is significant! I also really like Brice Williams for Indy. The kid has game beyond his years. He’s tough as nails, aggressive and can score the ball at a high rate. Bright future!

The 5th grade championship game featured a battle of the sexes, as Indianapolis’ Indy Elite/Team Up found themselves in an early battle with an All-Ohio girls squad. The final score may have been a lopsided 50-31 in favor of Indy, but the final results do not adequately reflect just how competitive this game was. Bottom line, those girls could ball! There were a number of talented players on the Team Up squad, but the back court duo of Anthony Hopson and Jalen Clark was the difference in the game. Clark dropped a team-high 14 points while Hopson added another 13 points. Both guards were quick, fast and skilled. I have to give a shootout to Alexa Smith and Nyam Howard, who led All-Ohio with 15 and 8 points, respectively.

Indianapolis was well represented in the tournament, as the 6th grade championship featured a matchup between Indy Elite/Gametime and the New Birth Warriors, the best 2 teams in the event. Although New Birth drew first blood on a layup by Matt Allocco, Indy Elite answered with a score. Indy would get out to a hefty lead and was up 18-10 with 6:09 left in the half.  A New Birth run would cut the lead to 3 points (24-27) by the break. The Warriors scored first to start the second period, but again, Indy answered. The Warriors would regain the lead (32-33) at the 9:59 mark but Gametime took it right back the following possession. The game was tied at 36 with 8:40 left, but Gametime would retake the lead for the last time before eventually claiming the championship by a final score of 61-48. In the end, Indy enjoyed too much size in the post and exploited their advantage to get the win. In addition, I was very impressed with the skill level, team-oriented play and shooting of Gametime. I didn’t catch the final numbers, but the standouts for Indy Elite were Grant Russell (5’6 WF), Luke Brown (5’0 P/SG), D’Andre Davis (5’4 G) and Maximus Gizzi (4’9 PG). For New Birth, Josiah Fulcher (5’6 WF Columbus) and Matt Allocco (5’3 PG Upper Arlington) logged in impressive performances. Both Fulcher and Allocco are listed on my 2020 “Watch List,” and their stellar play more than justified their early recognition. Congratulations to all of the champions and all of the teams that participated in this event.